On The Outside Looking In
The brass nameplate permanently attached to the brick façade of the Stanley building read, “Jacob D. Stanley, Attorney At Law.” Harper pulled open the door, unbuttoned his overcoat, and instantly felt his steps sink into the thick pile of burgundy carpeting. Except for the middle-aged guy waiting in the pinstriped suit with his nose in the New York Times, the lobby was empty of clients. Overstuffed chairs and lush tropical plants that didn’t belong in Massachusetts in January or any other time of the year, lined the path that led directly to the knockout redhead sitting behind the desk.

She glanced up from her filing and offered a practiced smile, but her eyes were immediately drawn to the badge secured to Harper’s belt. The blunt cut of her hair fell just at the shoulders, the blue of her eyes matched her blouse, and looking down from his vantage point of six feet up and standing well over her head, the bit of visible cleavage was a distraction he didn’t need at the moment. Harper was trained to hone in on the details, but he wondered what the hell he was thinking. Now she was looking him straight in the eyes.

“Have a seat, Detective. I’ll let him know you’re here.” A take-me-home smile eased across her lips as she disappeared down the hall.
* * * 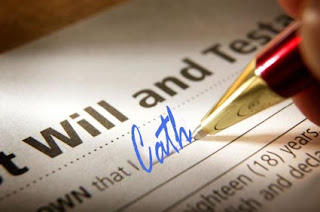 “Yes, I appreciate your predicament.” Jacob Stanley polished his reading glasses then placed them back on the bridge of his nose. “But the attorney/client privilege doesn’t end when the client passes. You know that.”

“It continues on in perpetuity. I can tell you this, Mrs. McGuire was of sound mind when she changed her will.”

“Her family doesn’t agree. Any idea why she didn’t let them in on it?” Harper asked.

“I assume you’ve had the pleasure of meeting them, right?” Stanley paused for a moment. “Yes, of course you have. Regardless of what you’ve heard about Catherine McGuire, she had a soft spot for her children, the irony is, they never appreciated it.”

“So what was her motive?”

“You need to understand that my job was never to persuade Catherine to do anything she hadn’t already set her mind to. I was here to advise her on the legality of her actions and the ramifications thereof, not meddle in her private life. Her personal affairs were off limits.”

“You have to admit, the whole thing seems strange,” Harper said.

“Maybe to the average person it does, but there was nothing routine about Catherine McGuire. Perhaps she faced her own mortality and didn’t like what she saw. I do think she felt alone much of the time.”

“Is that when she hired Allison Pike?”

Stanley thumbed through a few pages in Mrs. McGuire’s file then stopped and flipped back and forth between two pieces of paper. “Ms. Pike was employed last year on December 27. Catherine changed her will eight months later—hardly a hasty decision.”

“What about Pike’s background? Anything suspicious?”

“Not that I’m aware of.” Stanley signaled Harper to wait while he picked up his phone. “Beka, could you come in a minute?”

Within seconds, the redheaded beauty walked in, took three sheets of paper from Stanley’s hand and left the room. She returned minutes later with a set of copies.

“Here,” Stanley said. “Maybe that will help clear up some of your questions.”

Harper studied the list of references Allison Pike had submitted to her former employer then whistled at the salary noted at the bottom of the page. “Can’t say I blame the McGuires for being upset. A hundred grand a year is a chunk of change for driving an old woman around and keeping her calendar. Pike had a sweet deal going, why would the family suspect her of wanting to stop the gravy train?”

“I’m sure it’s a ploy to contest the will. Like I said, Detective, no one forced Catherine McGuire’s hand. She came to see me of her own free will with a clear mind and conscience. I’m sure Ms. Pike will be glad to fill you in on anything else you need to know. Her phone and address are at the bottom of the second page.”

“Thanks.” Harper folded the pages lengthwise then handed the attorney his business card. “If you think of anything else.”

“I will.” Jacob Stanley paused for a moment then frowned. “Have you ever missed a chance to do something and later regretted it?”

“Yeah, once or twice. Why?”
Stanley removed his reading glasses again and placed them on top of his desk. “I was out of town on business this week when my secretary called to say that Catherine had phoned twice on Monday to speak with me—wouldn’t leave a message—Catherine never would. Anyway, I was having a heck of a time with cell phone connections and assumed whatever Catherine wanted could wait a couple of days until I got back. It didn’t quite work out the way I had planned. Haunting, wouldn’t you say?”

* * *
The information Harper received from attorney Jacob Stanley two days before led him to the front door of a 1930s bungalow on west 43rd. When he knocked, he expected to meet a middle-aged spinster with orthopedic shoes on her feet and a hard look in her eyes. Instead, Allison Pike stood in the threshold dressed in white close-fitting slacks, a red cardigan sweater, and waves of flowing dark hair swept over one shoulder. 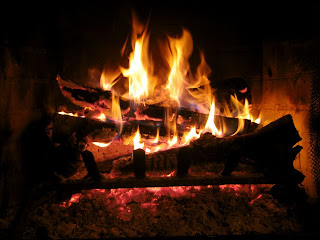 She smiled and ushered him into the sitting room where the mellow sound of Etta James drifted through the air. He hadn’t intended to agree to coffee, but the temperature outside was ten below and he couldn’t say no to the warmth emitted from crackling log in the fireplace.

Allison brought in a tray with a carafe, two mugs and the usual condiments. She did the pouring and left him to fix his own. She grabbed one of several throws and curled up in the overstuffed loveseat across from his. Harper noticed the zest in her style; every move triggered a spark. There was no hesitation in her voice, no concern in her eyes—not even when Harper informed her of the McGuires’ accusations.

“I can’t say that I’m surprised,” she said. “They were against Catherine’s decision to hire me from the beginning.”

“Tell me about it. Start with how you two met.”

“A painter friend of mine had his oils featured in a gallery downtown during the spring arts festival. Catherine and I were drawn to the same painting. That one,” she said, pointing to a large landscape rendition hanging on the opposite wall. “I’m a nut about impressionist style, aren’t you?”

Harper took a drink of his coffee while he mulled around the abrupt redirection and chose to ignore it. “Then what?”

“We developed a friendship. Catherine often invited me out to her home. What began as the occasional visit quickly became weekly chats. Sometimes after dinner, we’d talk for hours. Next thing I knew, she had the housekeeper prepare a room for me so I could stay overnight.” Alli brushed back a strand of hair from her eyes and studied Harper’s face as if waiting for his immediate reaction.

“Did the family object at that point?” he asked.

“I’m not sure if they were even aware of our friendship. That’s the point, Detective. They never called on her except to ask for money so they didn't know what was going on in her life. Trust me, none of this was planned. In spite of having a family and wealth she didn’t have what she needed most, love—a sense of belonging.” She paused for a moment. “She called me her guardian angle. The true is, I’m the one who was saved.”

“It’s personal and I’d rather not go down that road, but suffice to say that she was lonely and I needed a sense of belonging too.”

Allison’s words echoed the same sentiment Jacob Stanley expressed in their meeting on Wednesday, but just like two wrongs don’t make a right, neither did the word of a lawyer and the sole beneficiary of the McGuire fortune equal the truth. “I understand you were hired last year on December 27, is that correct?”

“You two met in the spring and what, eight, nine months later she hired you as her personal assistance? What happened that December?”

“They left her alone.” Allison raised a slender hand to her lips then turned toward the fire that had now engulfed the massive log in the hearth. “Those vile, ungrateful … if it hadn’t been for me, she would have been alone over the holidays.” She wiped a tear from her eye and slipped into an uneasy silence.

She looked up, tears glistened in her eyes. “That set the stage for what happened next.”

“A few months later she called to say that she needed to see her lawyer and wanted me to drive her to his office. That’s when I found out she had been discussing a change in her will. The meeting was simply for the purpose to sign papers. The last thing I expected was that she made me her guardian.”

“You could have backed out.”

“Not likely. No one ever backed out of a Catherine McGuire order.”

The flair of confidence Harper saw in her a moment before vanished. She threw back her head and closed her eyes as if the question had awakened an unpleasant memory.

“So your duties were more that of a caretaker; you dispensed her medication, took charge of her meals—”

“Managed her appointments too?”

“Jacob Stanley said he missed a couple of calls from Mrs. McGuire the day before she died. What was that all about?”

“You just said it was your job to keep track of her appointments.”

“Not all of them. She was a tyrant in that respect. You wouldn’t understand.”

“Try me. She paid you a hundred grand. Why didn’t you know?”

“I didn’t need the money,” she said, placing her half-empty mug on the tray, “but I could use a drink. Care for one?”

The sudden change in her tone didn’t escape him. Harper told her he’d pass on the drink then rose to his feet. While she tinkered around in the kitchen, he examined the collection of books on the nearby shelf. Allison Pike’s tastes varied from the literary classics of Mary Shelley and Earnest Hemmingway to modern fan fiction, history, and travel. Then one book among several caught his attention. He was thumbing through 200 pages that listed a detailed assortment of poisons, their sources, and their affects on the human body when Allison walked back into the room with a glass of wine.

“I also have books on psychology, military strategies, religions of the world, emergency first aid, and the history of rock and roll.” She took a sip then a few more steps until she was inches away. “My interests are varied. What’s your passion?” 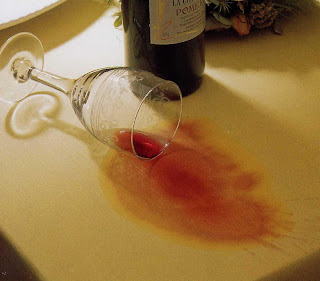 He waited to give her an answer, not because he needed to think twice, but because one good tease deserved another.

“Justice, Ms. Pike, and the terms of Catherine McGuire’s will. Have a seat.”

Posted by Marta Stephens at 4:00 AM