Shannon Wallace Is At It Again 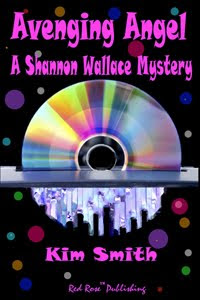 I was looking through some old files at the station tonight when I came across the Shannon Wallace case. She's the friend of a friend who was accused of killing her ex a few months ago. The problem was, he was her boss and her lover before he dumped and fired her all in one day.

Can't blame her for getting drunk, but when he was found dead, she became the prime suspect.
She called me when she started feeling the heat. But what I supposed to do? We're five states apart--I couldn't help her if I wanted to. I suggest she turn herself in.
Haven't heard from her in a while so I figured she'd taken my advice. Then I found this--looks like she's still on the run.
http://yougottareadvideos.blogspot.com/2009/09/september-2009-entry-7-avenging-angel.html
Check it out then go here and give her a vote. http://yougottareadvideos.blogspot.com/. Only two days left before the case goes to the jury. What do you say? Maybe with enough support from her friends, she'll get off on good behavior.
Posted by Marta Stephens at 4:32 PM 2 comments: